Home of the soon to be KnightLife Final Fantasy XIV role play group. Interested in beginning FFXIV and enjoying the world more as your character than yourself? Come on in!

Below is some information to explain what the RPC is, and the benefits of our linkshell being a part of the community!

Taken directly from the main site:
Welcome to the Role-Playing Coalition for Final Fantasy XIV!

We represent the majority of the role-playing community of the game and strive to make a prosperous environment for role-players of all different varieties.

We welcome you regardless of your background and committment to the role-play community and hope you enjoy your time with us.

The Role-Play Coalition (RPC for short) consists of various RP linkshells, freelance RPers, and some general supporters as well.

Stop by the forums after looking around and introduce yourself. We'd love to interact with both you and your character. Also feel free to check out the many RP linkshells for an even greater RP experience.

Here is the RPC charter from the site:
The Charter for the Role-Play Coalition details who we are, our purpose, and our overall structure.

The document is voted on by the RPC at large and can only be modified through another similar vote.


*The word “guild” will be replaced with whatever SE ends up calling them.

I. Definition: The Roleplaying Coalition (RPC) is a group of roleplayers for the Final Fantasy XIV MMORPG. The coalition consists of various roleplay guilds*, supporters of roleplay, and freelance roleplayers. All of these groups are committed to making a prosperous roleplay community in the world of Hydaelyn.

II. Structure: The RPC is comprised of various guilds*. Each group is allowed to select up to 2 representatives for the RPC who will in turn serve on the RPC Council. Guilds* may select these individuals any way they wish. These representatives will serve as the face of the RPC and provide general updates of their group every few months or so. Guilds* may replace their own representatives at any time and through any methods they deem appropriate. The RPC must be notified of this change immediately via the Assembly Room, although specific details as to why they are replaced are not necessary.

The RPC Council may call a meeting of all representatives at any time if representatives from at least two different guilds* call for the meeting. These meetings are meant primarily to determine if an issue should be brought before the entire RPC or remain as a guild* only concern. If anything is brought to the entire RPC, a public discussion must be held on the matter and then a public vote regarding the RPC’s official stance will be held.

A) To provide a central hub for all FFXIV roleplayers to gather, communicate, and share with one another. The RPC provides an outlet for roleplayers and acts as a resource for lore, character info, and other RP related needs.

B) To provide a central location for roleplay guild* advertisement. All member guilds will be advertised on the main site and have further information compiled on the forums regarding their rules, structure, and other important information.

C) To select a designated roleplaying server. This server will be voted on by all coalition members upon receiving a server list. In the event that SE designates an official RP server, this vote will not be necessary unless more than one such server is designated. This particular mission statement will be removed upon getting ourselves organized on the designated server.

D) To create and advertise cross-guild* and/or public roleplay related events. Each event will follow the rules set forth by the event organizers. These rules will be organized in a central location on the forums for easy access.

E) To create and maintain etiquette for roleplaying in Hydaelyn. This etiquette is not enforced in any way and is meant to be more of a guide for all roleplayers to consider. All of these guides will be discussed and voted on by the RPC before being placed on the main site.

F) To act as a mediator in guild* conflict only when absolutely necessary for the continuation of the overall roleplay community. If the RPC representatives deem it necessary by majority vote, the issue in question can be brought up for public discussion and then a public vote. Generally, all guilds* are asked to handle conflicts between one another with each other rather than bringing it to the RPC. If this conflict begins to encroach the entire roleplay community in a negative fashion, the RPC may have to step in for the sake of the community’s well being. Extreme cases of cross-guild griefing, harassment, godmode, and so on may warrant RPC intervention.

The process for handling the above is as follows: First, at least two representatives from two different guilds must approach the rest of the RPC Council. They will then discuss the issue and whether it warrants RPC intervention or not. If it does not, it will be dropped there. If the Council does agree to RPC intervention, the issue will be brought to the general RPC public, discussed, and ultimately voted on. The length of time and number of votes required to take the issue to the public will be decided on a case-by-case basis, depending on the number of active RPC representatives available at the time.

IV. Abilities: The RPC has the abilities to manage this site and the forums for the coalition. Please review the RPC Charter on the forums (Headlines) for further details on rules of posting and other concerns. The RPC also has the power to drop support of a guild* if said guild* is causing direct damage to the entire roleplay community. See III-F for further details on the process.

V. Acceptance into the RPC: In order for a guild* to be accepted into the RPC, the following criteria must be met.

Freelance roleplayers and general supporters of roleplay are not subject to this criteria, though they are also expected to act in a respectful manner.

Re: The FFXIV Role-Playing Coalition (RPC)

Thank you for the post, this will help a lot. Some points I want to discuss here is
Our presence in RPC

To do such, we should first impose not only our values and goals but those required by the RPC. Depends how deep some of these points become I think a whole thread is at hand for it, however, I am planning on discussing them all here.

1) I want to start with the registration template under the RPC "laws"
A banner or logo, is provided and ready whenever possible (Possible logo )
Also, an intro for the company is finished
See it Here

2)RP Style:
What is our style in general, Coralie I believe started a similar thread and I think she has a good point. I believe, correct me if I am mistaken, that we are a moderate neutral style linkshell, knights/adventurers that happen to find each other from different paths of Life. We do look for RP but we are not punishing nor restricting OOC to the heavy stand.

3)Linkshell interaction:
I think if we are an RP linkshell the linkshell is open to RP 24/7. However, the members might not be RP available. Correct me if I'm wrong

4)Guild Storyline
Where are we, where are we going. I think that we started this under "Guild Teaser" and I can see it coming good but as the great Eltharian said, we have seen little interaction of our members. 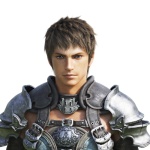 Similar topics
» How long have you been playing fantage?
» Role Play Game
» Marvel Legends you would like to see
» Isnt MyBrute (now) Boring !
» The girl in the Woods. (ROLEPLAY)