Home of the soon to be KnightLife Final Fantasy XIV role play group. Interested in beginning FFXIV and enjoying the world more as your character than yourself? Come on in!

What shall your Character alignment be?

What shall your Character alignment be?

I know some of you guys remember the old days of RP when it was on pen & paper with D&D and all. For those that don't know it also had an alignment system which gave your char some more extreme depth rather then just being good or evil. Here's what the alignments may consist of:

Neutral Good
Neutral Good is known as the "Benefactor" alignment. A Neutral Good character is guided by his conscience and typically acts altruistically, without regard for or against Lawful precepts such as rules or tradition. A Neutral Good character has no problems with co-operating with lawful officials, but does not feel beholden to them. In the event that doing the right thing requires the bending or breaking of rules, they do not suffer the same inner conflict that a Lawful Good character would.
Chaotic Good
Chaotic Good is known as the "Beatific," "Rebel," or "Cynic" alignment. A Chaotic Good character favors change for a greater good, disdains bureaucratic organizations that get in the way of social improvement, and places a high value on personal freedom, not only for oneself, but for others as well. They always intend to do the right thing, but their methods are generally disorganised and often out of alignment with the rest of society. They may create conflict in a team if they feel they are being pushed around, and often view extensive organisation and planning as pointless, preferring to improvise.

While they do not have evil intentions, they may do bad things (even though they will not enjoy doing these things) to people who are, in their opinion, bad people, if it benefits the greater good. Most elves are Chaotic Good, as are some fey.

Characters of this alignment are neutral with regard to good and evil. This does not mean that Lawful Neutral characters are amoral or immoral, or do not have a moral compass; but simply that their moral considerations come a distant second to what their code, tradition or law dictates. They typically have a strong ethical code, but it is primarily guided by their system of belief, not by a commitment to good or evil.

Chaotic Neutral
Chaotic Neutral is called the "Anarchist" or "Free Spirit" alignment. A character of this alignment is an individualist who follows his or her own heart, and generally shirks rules and traditions. Although they promote the ideals of freedom, it is their own freedom that comes first. Good and Evil come second to their need to be free, and the only reliable thing about them is how totally unreliable they are. Chaotic Neutral characters are free-spirited and do not enjoy the unnecessary suffering of others, but if they join a team, it is because that team's goals coincide with their own. They invariably resent taking orders and can be very selfish in their pursuit of personal goals. A Chaotic Neutral character does not have to be an aimless wanderer; they may have a specific goal in mind, but their methods of achieving that goal are often disorganised, unorthodox, or entirely unpredictable.

Lawful Evil
Lawful Evil is referred to as the "Dominator" or "Diabolic" alignment. Characters of this alignment see a well-ordered system as being easier to exploit, and show a combination of desirable and undesirable traits; while they usually obey their superiors and keep their word, they care nothing for the rights and freedoms of other individuals and are not averse to twisting the rules to work in their favor. Examples of this alignment include tyrants, devils, undiscriminating mercenary types who have a strict code of conduct, and loyal soldiers who enjoy the act of killing.

Neutral Evil
Neutral Evil is called the "Malefactor" alignment. Characters of this alignment are typically selfish and have no qualms about turning on their allies-of-the-moment. They have no compunctions about harming others to get what they want, but neither will they go out of their way to cause carnage or mayhem when they see no direct benefit to it. They abide by laws for only as long as it is convenient for them. A villain of this alignment can be more dangerous than either Lawful or Chaotic Evil characters, since he is neither bound by any sort of honor or tradition nor disorganized and pointlessly violent.

Examples are an assassin who has little regard for formal laws but does not needlessly kill, a henchman who plots behind his superior's back, or a mercenary who switches sides if made a better offer.

Chaotic Evil
Chaotic Evil is referred to as the "Destroyer" or "Demonic" alignment. Characters of this alignment tend to have no respect for rules, other people's lives, or anything but their own desires, which are typically selfish and cruel. They set a high value on personal freedom, but do not have any regard for the lives or freedom of other people. They do not work well in a group, as they resent being given orders, and usually only behave themselves out of fear of punishment.

It is not compulsory for a Chaotic Evil character to be constantly performing sadistic acts just for the sake of being evil, or constantly disobeying orders just for the sake of causing chaos. They do however enjoy the suffering of others, and view honor and self-discipline as weaknesses. Serial killers and monsters of limited intelligence are typically Chaotic Evil.

As for me, I'm plan on following the path of chaotic neutral especially since my character will pretty much be a loner in her own way. Thought about rping evil, however I don't have the heart to play the roll of a cold blooded murder xD. Anyways tho Which alignment are you guys edging toward? ^.-

I am planing to be a Neutral Good, but who knows how things turn out once you begin RPing 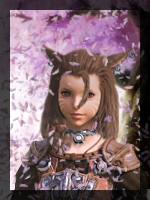